The City of Hermantown, population 10,221 is located in northeastern Minnesota adjacent to Duluth. The community of Hermantown has the advantage of being close to big-city amenities while still maintaining a country atmosphere. Employment may be based in Hermantown itself or in one of the surrounding cities, all within a 15-minute drive from home. A strong school district makes Hermantown attractive to young families. Hermantown offers the best of both worlds, a rural setting yet close to major shopping and entertainment facilities. 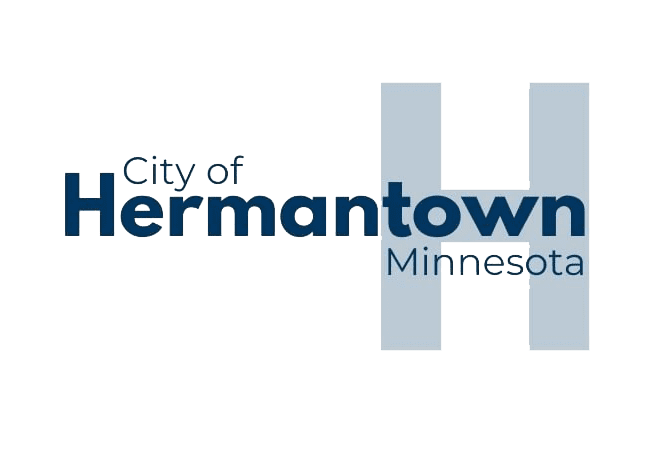 Hermantown by the Numbers

The history of Hermantown is a story of independent people interacting with big government. Its beginnings started with August Kohlts, a pioneer, who was granted the first homestead in the Town of Herman in 1872, after living on the land for five years. After being granted the land, he and a friend hauled building supplies to his designated land, west of the Midway Road. They hitched two St. Bernard dogs to a homemade wagon and followed a crooked trail – now the Hermantown and Five Corners Roads – through the woods where August established his homestead. This was the first year the county received the taxes from Hermantown.

By the turn of the 19th century, Hermantown had a population of 625. A rail passenger service was introduced starting in Adolph heading into Duluth. In 1897, Hermantown had its first land boom, the result of rumors that the government would be building a new seaway connecting Duluth with the East Coast.

In 1907, the township had grown by 300 people, built three new two-room schools, had a town hall and started a carrier mail service. The township also saw economic growth with several sawmills and dairies. These dairies used the Hermantown Ice Company, which cut ice from Mogie Lake, to keep their products cold. There was also a slaughterhouse at Haines / Hermantown Roads.

This growth in Hermantown was set back by the great forest fire of 1918. The fire left little standing – the schools, town hall, and one church. With help from the Red Cross, the town was quickly rebuilt but the population in 1920 was down to 842.

Hermantown’s population saw a boost when a new wave of homesteaders came to the area during the hard times of the Depression. The government built “subsistence homestead” projects designed to move people trapped in poverty in cities to new homes in rural or suburban locations. One of the two Minnesota projects was assigned to Hermantown, the Jackson Project. These homes were completed in 1937 with 84 homesteads of brick veneer and five or ten acres of land.  Take a drive down Arrowhead Road, LaVaque and others in that vicinity and you’ll see the old Jackson Houses, many of which still stand proud to this day.

The third wave of people came into the town in the 1950s from Duluth, lured by low taxes, country living space, and a good school district.  In 1953, the construction of a family housing unit for the Air Force was built and by 1959, a brand new elementary school was built.  In 1974, the City of Duluth announced its intention to annex two-thirds of the township.  The town, which had already applied to be designated a city was outraged.  (Consequently, the City of Duluth attempted to do this to the City of Proctor and Midway Township as well.)

For more information on our city’s fascinating history, visit our Hermantown Historical Society

The City of Hermantown is located to the west of Duluth, upon the Hilltop.

Hermantown is considered a Small Town with a population of 10,221 in terms of the most recent census taken back in 2020, with over 400 businesses.
Some of the largest industries in Hermantown are Family & General Practice Physicians (31), Physicians & Surgeons (31), and Auto Repair (18).  Source:  https://www.chamberofcommerce.com/united-states/minnesota/hermantown

Hermantown SummerFest has been a community tradition since 1980.  This annual five-day celebration takes place at a variety of locations throughout the city of Hermantown on the third week of July. A small group of dedicated volunteers, along with local businesses, Skyline Rotary Club, Hermantown Volunteer Fire Department, and the Hermantown Historical Society work together to put on SummerFest every year. 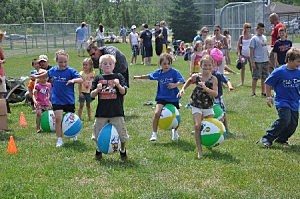 Activities include free lunches and ice cream socials at various businesses, open houses and tours, the annual parade a 5K fun run/walk, live music, sporting events, and SO much more!

All SummerFest events are free to our citizens to encourage all ages to come out and develop that “sense of community”.

**Parade Info:  Floats / Organizations are invited to line up the morning of, by Hawk Circle Drive (which is by the bus garage and the Hermantown Elementary School)  Be there betwee10 am and – 10:30 am.  The parade starts at 11 am sharp.

Harvest Fest: Honoring Hermantown’s farming history, Harvest Fest revisits the harvest celebrations from the 1920s-1940s in this September festival. Enjoy a family-friendly day with activities for everyone. Food vendors, artisan’s demonstrations, vintage tractors, and motors to check out. Harvest Fest is typically the 2nd Saturday in September.  Contact the Hermantown History Center located at 5255 Maple Grove Road or on Facebook at Hermantown Historical Society. 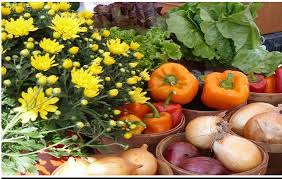 In 2015, Hermantown introduced a farmer’s market to the community. The Hermantown Culture Club, Historical Society, and the City have collaborated to help with the operations.

The Deke Grussendorf Volunteer of the Year is a person that has gone beyond the call of duty for the Hermantown community within the last year. They have shown exceptional dedication to the community and have helped the community or others in our community become more successful.

The adult volunteer named will be honored each year at Summer Fest.