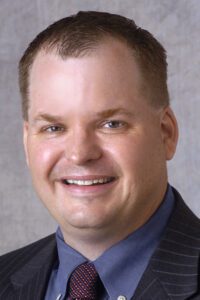 He is a native of Maplewood, Minn., and a graduate of Augustana University, in Sioux Falls, SD, with degrees in Journalism and Government/International Affairs. He has more than 20 years of experience as a daily newspaper publisher having published dailies in Minnesota, Arkansas, Indiana and Michigan. He has been an editor, a reporter, a sports editor, a sales rep, and an advertising director.

Neal and his wife Renae have two daughters – Rachel and Reese; their family resides in Hermantown. In his free time, Neal is an avid walleye fisherman.