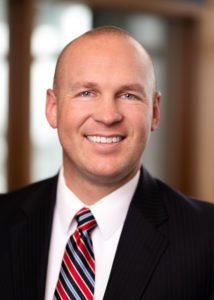 Tom is a retired 20-year member of the Army Reserve as well as a veteran of both Iraq and Afghanistan. During his most recent deployment, he was recognized for his leadership with the Bronze Star Medal.

He is active in the community on various community boards. Tom  and his wife Tiffany spend their free time cheering on both of their children in a variety o fProctor High School sports.